How the Grapefruit Trail (GFT) Began

The GFT is public property, owned by the Melbourne Tillman Water Control District (MTWCD). This area has had a trail through it for about 30 yrs. The older trail was a single, winding, upland trail that has some sections that exist today, and are incorporated into the main GFT trail.

The trail has suffered an ongoing cycle of destruction. Trailbuilders and various other interest groups would build things…and eventually the MTWCD would tear them down. The issue is that MTWCD is a water control district, and has no recreational component, and no way with which to evaluate different recreational activities and their risk levels.

The first attempt to legitimize the GFT came in 1999 when one of our board members Murray Hann made a presentation to the MTWCD board, and at that time was told they were not sure if biking was legal on the property. Working with a then Palm Bay Parks and Recreation director, they wrote the Florida Attorney General. In 2000 the answer arrived: Not only was mountain biking legal on the GFT, but it should be encouraged, and the MTWCD may use their funds in support of such activity. So it is public property and mountain biking is legal.

The Founding Members of BMBA

Unfortunately the Cycle of Destruction Continued

In 2004 Monty McCart and other founding members cut the trail back into itself as a loop and the GFT began a transition into what it is today. In late 2005 the riders decided they wanted something more challenging and started building some small drops and jumps. They also enlisted the knowledge of local freerider, and former downhill and slalom racer, Glenn "Vader" Hawks who was, at the time, working on the Santos project. Soon after, along with other great trailbuilders, they transformed the GFT into an extremely challenging loop with hundreds of feet of wooden elevated trail, larger wooden gap drops and dirt jumps and berms throughout. This all worked fine for a few months, and then one day all the wooden features had been chainsawed into pieces. The cycle continued. At the time the builders thought the wood went too far. They then built everything from dirt, and the trail was revived once again. The trails settled into a once every 6-9 month destruction cycle culminating with the worst ever trail destruction in 2012.

Riders arrived at the trail to find dozens of old oak and even more palms had been cut and dropped along the entire trail area. In a 24 hour frenzy of activity every single trail was reopened, moving trees manually using chainsaws, winches and come alongs. The dead trees are visible today, as simply part of the trail system. This cycle prompted the formation of the BMBA as it is today, with 20 founding members and the initial board of directors being: Monty McCart, Chris Marrow, Glenn Hawks, Jim Tinkler and Glen Dunnam. They formed the BMBA on the model of OMBA (Ocala Mountain Bike Association) using Hawks' knowledge from working at Santos, a well-known trail in Ocala, Florida.

It was decided the first major effort would be to approach MTWCD directly. The BMBA presented to the MTWCD board in august of 2012. The board discussed the issue for some time with us and suggested a course of action. We would transfer recreational aspects of the property to the City of Palm Bay. The board empowered the MTWCD attorney to examine that with the City Of Palm Bay staff. The BMBA board met with the city and they agreed. They were interested and willing to discuss the issue with the MTWCD. The city was aware that the GFT had been in this destructive cycle for years, and were excited to be able to foster another park within their borders. The first meeting was on trail, with the full City Of Palm Bay staff, and a major contingent of excellent jumpers from BMBA. The city staff was not disturbed at all by the activity or risk level, and the risk management director told the parks and recreation director to get this done!

The next major presentation was to the City Of Palm Bay Recreational Advisory Board (RAB) in april of 2013. The BMBA presented and was grilled pretty hard on a number of areas. The RAB voted to proceed with the concept, the project moved forward. The BMBA developed the rough draft of the contractual agreement, and started working that agreement with the city attorney. This work proceeded quickly, and an agreement was signed in June of 2013. Prior to the agreement being signed the BMBA had to obtain, and hold, both club liability insurance and have riders sign City Of Palm Bay recreational waivers. The agreement between the city and MTWCD took almost another year, with extensive effort by the city to bring it to fruition, and was signed in 2014.

Since that time, the BMBA has made continuous improvements. During the summer of 2014, a large section of the canalside trail was destroyed as part of the MTWCD effort to install a service road and remove dead trees near the canal. This effort led to the next challenge for the GFT and BMBA. In May of 2015 the BMBA became aware the MTWCD had plans to completely restructure the banks of the C-1 canal, effectively eliminating the GFT. This work was part of the C-1 re-diversion project funded by the St Johns River Water Management District (SJRWMD). The BMBA moved forward cautiously, getting more and more information, involving more and more people, and meeting with the SJRWMD and the MTWCD along with the city staff at the City Of Palm Bay. From that meeting an on-trail meeting was planned. A multi hour, on-trail meeting with the project director of SJRWMD was held, and an agreement was reached that the GFT would be saved! Only a few hundred feet of trail would be affected on the far west end. This agreement is in place today, and the BMBA is watching the progress carefully, attending regular updates…So far, so good.

The BMBA's goal is to make mountain biking better in our area each and every day. We contribute effort, maintenance, building and funding toward not only the GFT but also the nearby Turkey Creek Trails. We hope to connect these two trail systems in the future. In the adjacent park parcel, we also have a conceptual design for a GFT trailhead that will include parking, bathrooms, a pumptrack, a beginner jump/skills area and more yellow trail! Stay Tuned! 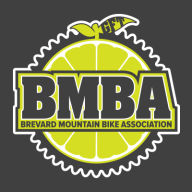